Imagine if a tiny duplex on North Loop was home to four rambunctious and flamboyant tag-team wrestlers. Then imagine if everyone in Austin was a wrestler, except for the elite few who were landlords. You would get close to what Suplex Duplex Complex is, but there’s no way you can imagine all of the gags crammed into this 11 minute short.

Certainly one of the most unique projects to be filmed at Originator is Suplex Duplex Complex, a short directed by Todd Rohal. The premise is simple: two teams of tag team wrestlers live in a duplex and deal with landlords, noisy neighbors, and CPS taking away their children, with all the grace of 80s wrestlers. In this duplex, there isn’t a problem that can’t be solved by punching.

The inspiration for the short came when writers Zack Carlson and Bryan Connolly saw the North Loop duplex that Rohal lived in. 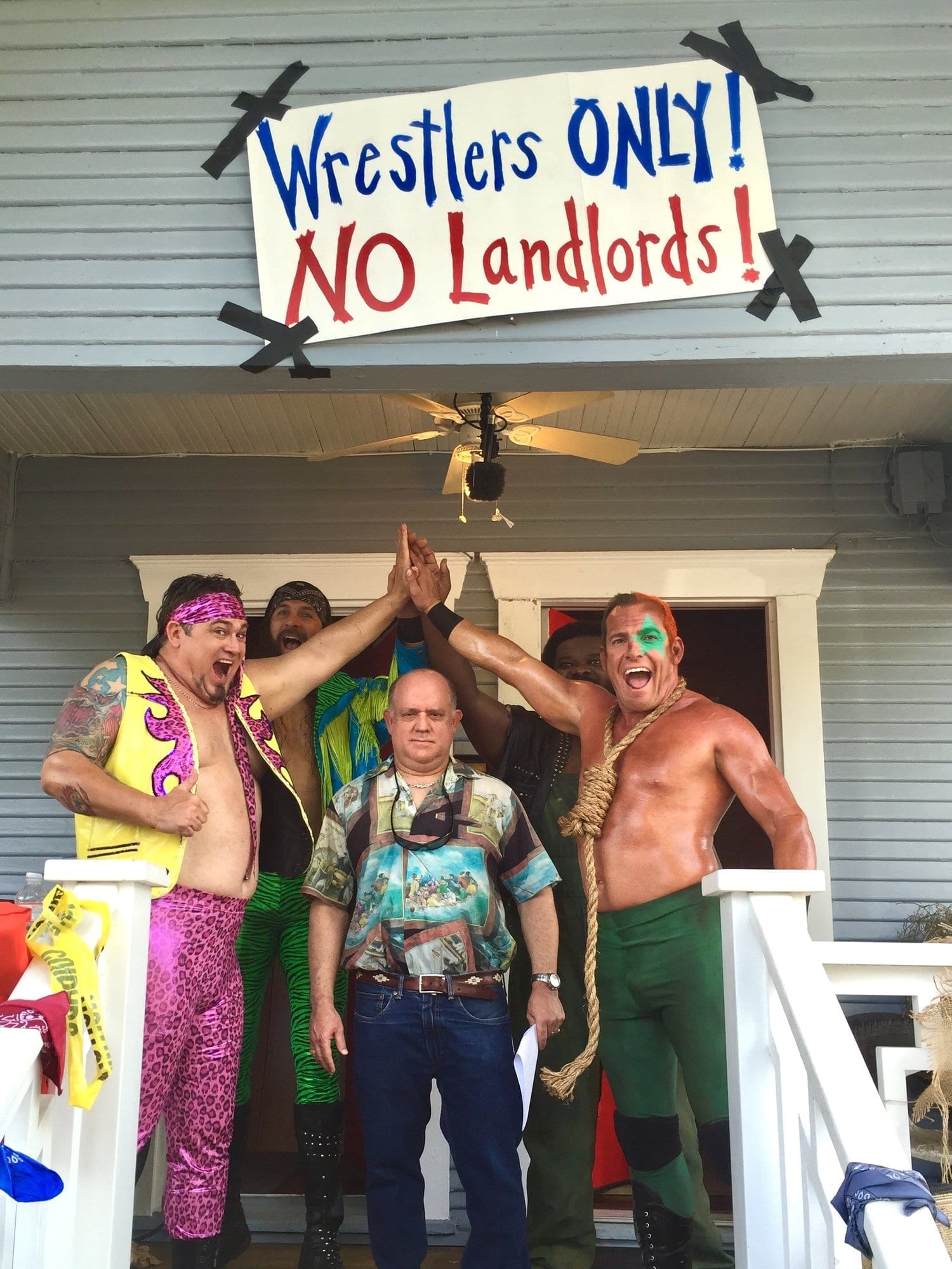 “It had two doors next to each other and looked perfect for a bunch of huge men to be living inside of,” Rohal says. “They had envisioned a whole world of wrestlers living in a community of duplexes and dealing with day-to-day issues like yard sales and taking out the trash.”

Indeed, the short is jam packed with just about every situation a group of wrestlers-turned-roommates could endure. They face off against landlords, the government, and even each other. Rohal goes above and beyond to squeeze a gag out of every possible moment. Even the sound effects are worthy of a laugh all on their own.

One of Rohal’s main influences is the legendary commercial director Joe Sedelmaier, the brain behind popular ad campaigns such as Wendy’s “Where’s the Beef?”. Combine this love of imaginative commercials with Adult Swim’s infamous infomercial slot, and you get a match made in heaven.

TV producers John Lee and Vernon Chatman had seen Rohal’s feature film Catechism Cataclysm (2011) and a short called Rat Pack Rat and got in touch. Rohal was dying to do a project for Adult Swim’s infomercial slot, so Lee and Chatman approached Adult Swim. This led to Rohal’s first project with Adult Swim, M.O.P.Z.

Clearly Adult Swim liked it, because Rohal has been working with them ever since. Most recently, he finished wrapping up a pilot he directed for them.

Suplex Duplex Complex is more than just a wacky short that airs when the only people awake are stoners and the restless. It serves as a great example of the Austin film community at work. It was inspired by Rohal’s North Loop duplex. The prestigious Vicky Boone casting company connected actors to the project. The hilarious sound gags were done by sound mixer and editor (and Austin local) Eric Friend. And, of course, all scenes inside the duplex were shot at Originator.

“I’ve been trying to shoot more work in Austin and finding it more and more difficult,” Rohal says. “Everyone at Originator opened their doors to us and made this whole project possible. I’m super grateful for you all…making stuff in Austin ain’t easy!”

When asked if he had any landlord horror stories of his own, Rohal only had this to say:

“I am a landlord. Every day is a nightmare.” 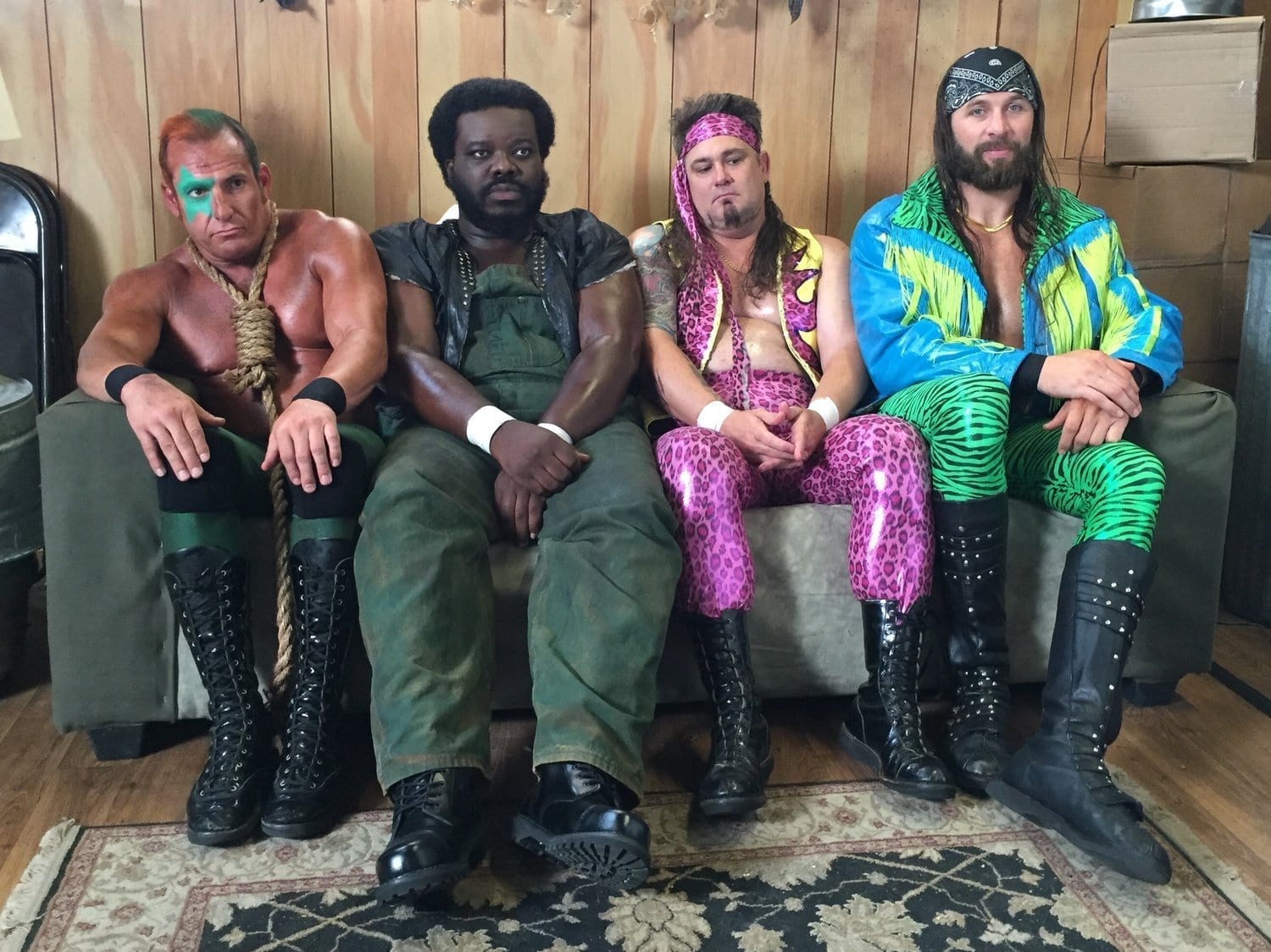